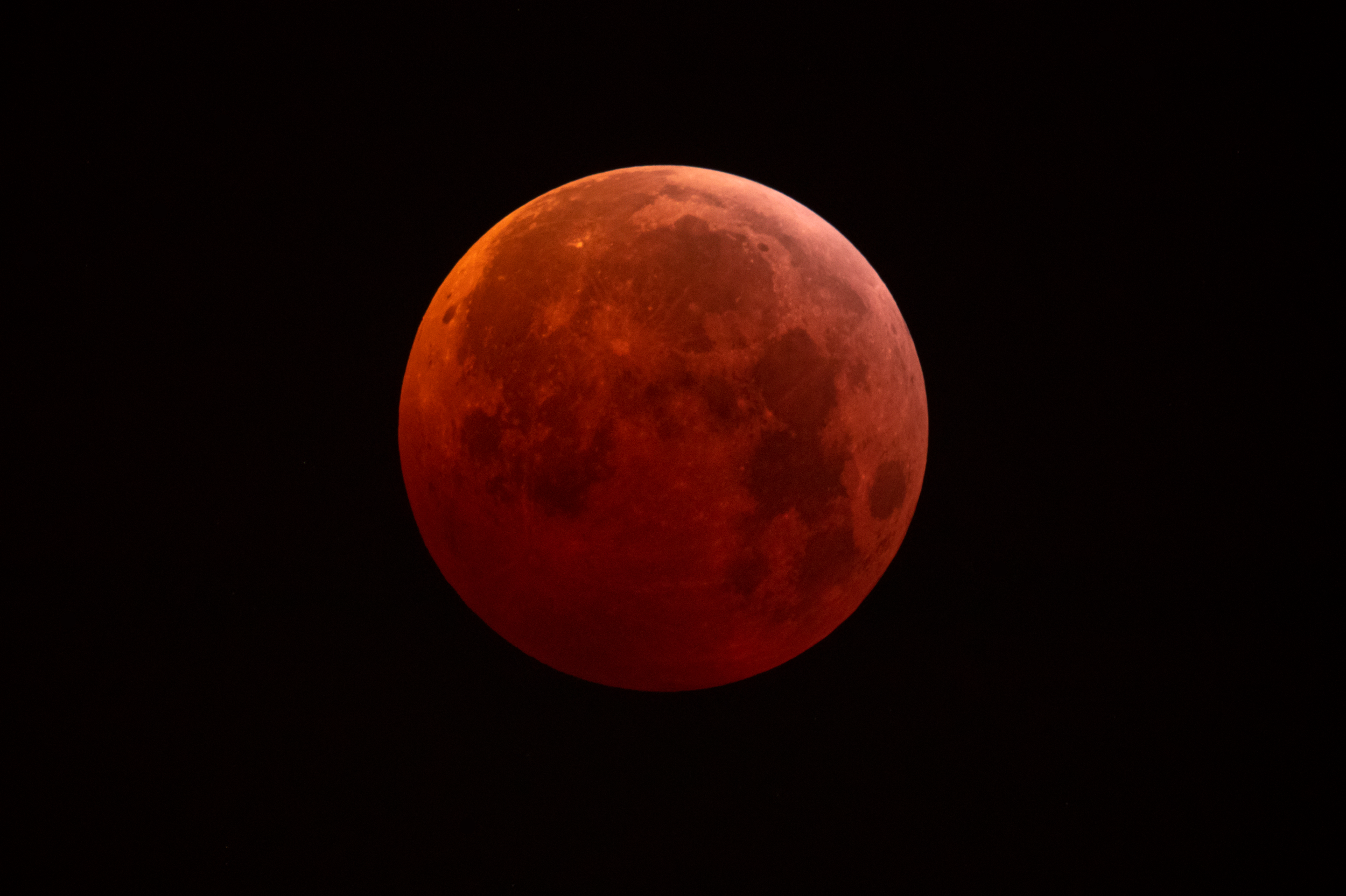 A lunar eclipse occurs when the Moon moves into the Earth's shadow. This can occur only when the Sun, Earth, and Moon are exactly or very closely aligned (in syzygy) with Earth between the other two, and only on the night of a full moon. The type and length of a lunar eclipse depend on the Moon's proximity to either node of its orbit. A totally eclipsed Moon is sometimes called a blood moon due to its reddish color.