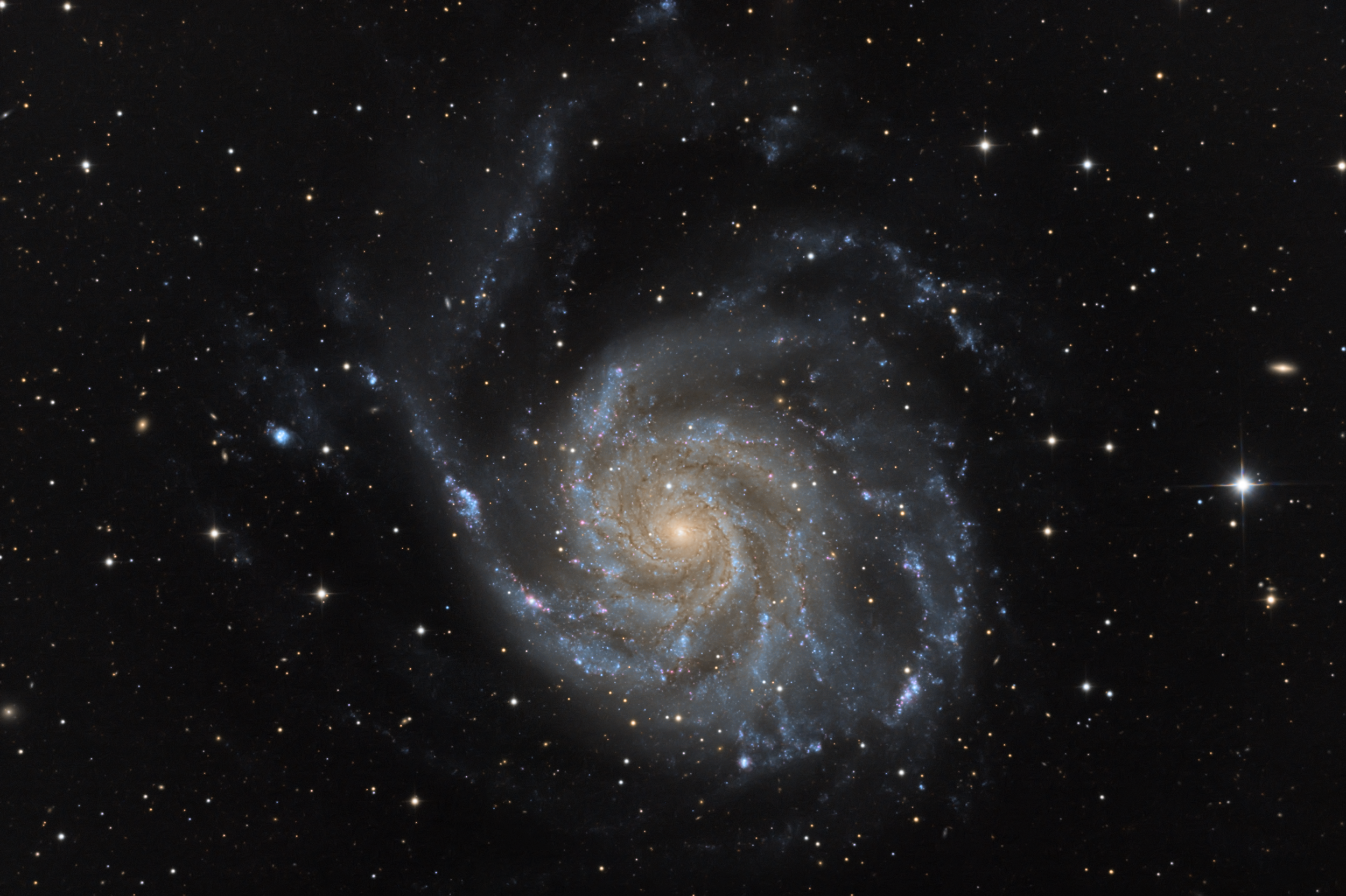 The Pinwheel Galaxy (or Messier 101) is a face-on spiral galaxy 21 million light years away from earth. It was discovered by Pierre Mechain in 1781. M 101 has a diameter of 170.000 light years and has around a trillion of stars, twice the number of our Milky Way. Its characteristic can be compared to the Andromeda Galaxy. M 101 has also a high population of HII regions. Those HII regions usually accompany the enormous clouds of high density molecular hydrogen gas contracting under their own gravitational force where stars form.