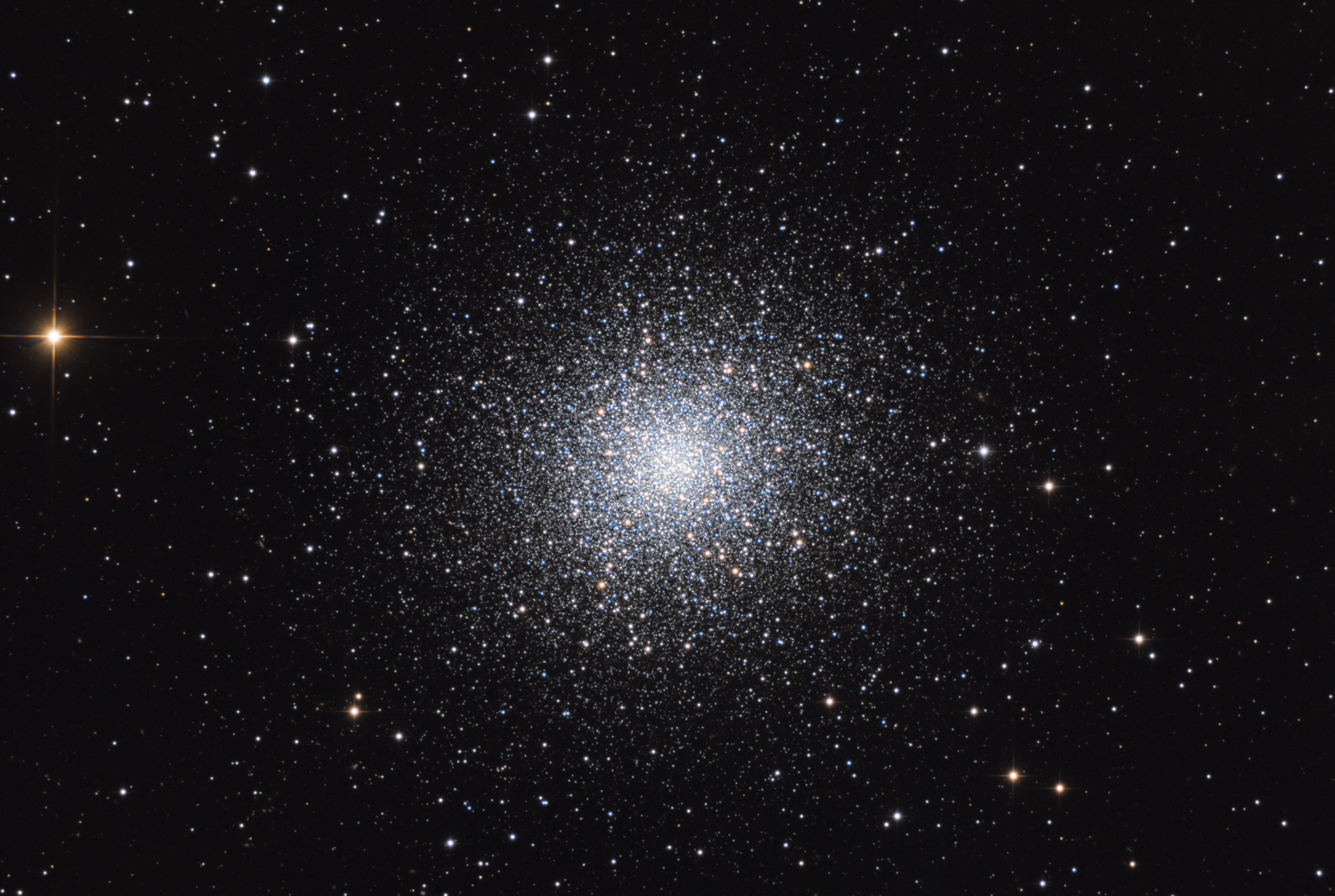 Messier 13 (M 13), also designated NGC 6205 and sometimes called the Great Globular Cluster in Hercules or the Hercules Globular Cluster, is a globular cluster of about 300,000 stars in the constellation of Hercules. M13 was discovered by Edmond Halley in 1714, and catalogued by Charles Messier on June 1, 1764. With an apparent magnitude of 5.8, it is barely visible with the naked eye on a very clear night. Its diameter is about 23 arc minutes and it is readily viewable in small telescopes. Compared to the stars in the neighborhood of the Sun, the stars of the M13 population are more than a hundred times denser. They are so densely packed together that they sometimes collide and produce new stars. The newly formed, young stars, so-called "blue stragglers" are particularly interesting to astronomers.