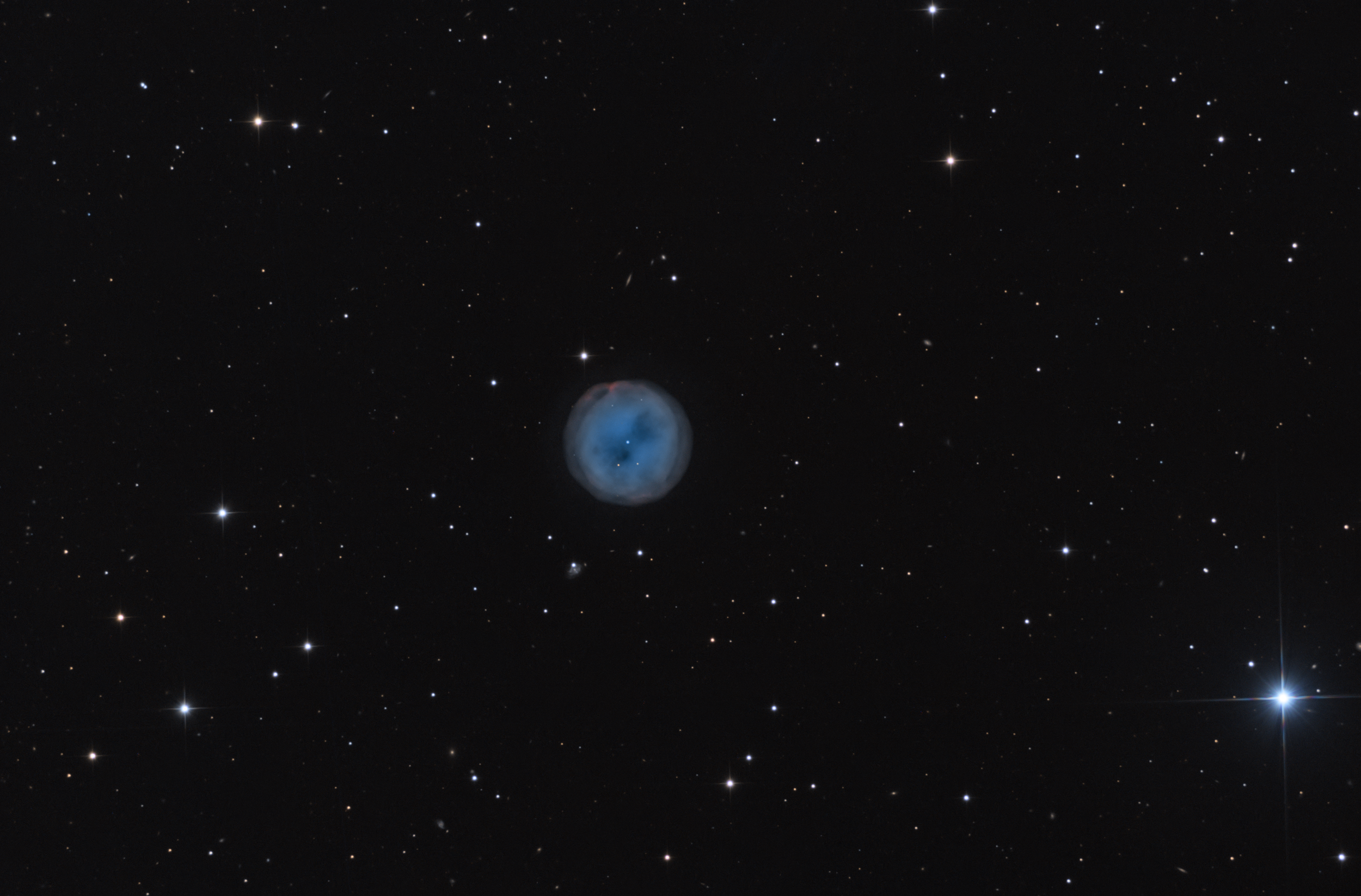 The Owl Nebula (also known as M 97 or NGC 3587) is a planetary nebula and about 2000 lightyears away in the constellation Ursa Major. The estimated age of the Owl Nebula is about 8000 years. It is approximately circular in cross-section with faint internal structure. It was formed from the outflow of material from the stellar wind of the central star as it evolved along the asymptotic giant branch.The nebula is arranged in three concentric shells, with the outermost being about 20–30% larger than the inner shell.