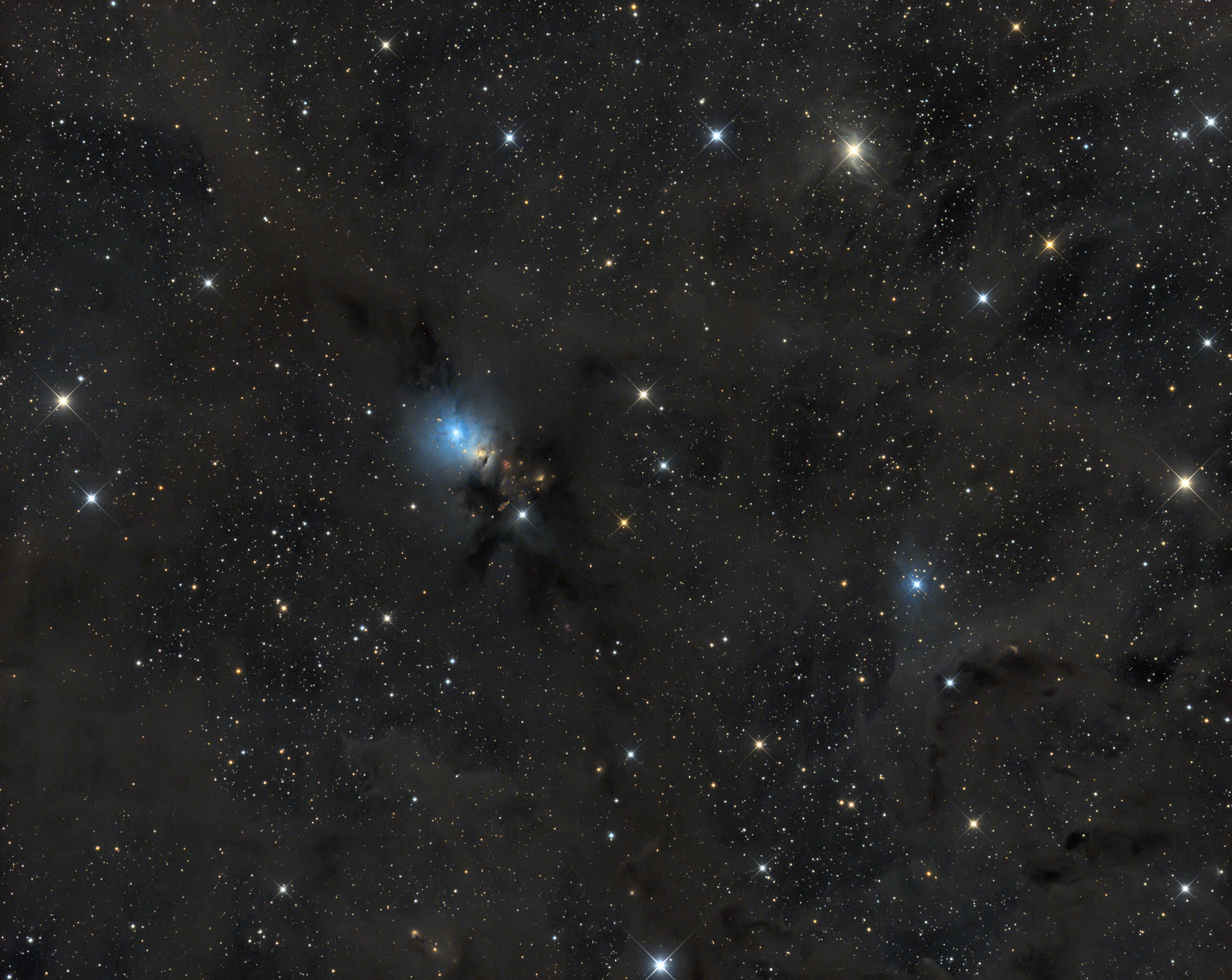 NGC 1333 is a reflection nebula located in the northern constellation Perseus, positioned next to the southern constellation border with Taurus and Aries. It was first discovered by German astronomer Eduard Schönfeld in 1855. The nebula is visible as a hazy patch in a small telescope, while a larger aperture will show a pair of dark nebulae designated Barnard 1 and Barnard 2. It is associated with a dark cloud L1450 (Barnard 205). Estimates of the distance to this nebula range from 980–1,140 light years. NGC 1333 is in the western part of the Perseus molecular cloud and is a young region of very active star formation, being one of the best-studied objects of its type. It contains a fairly typical hierarchy of star clusters that are still embedded in the molecular cloud in which they formed.