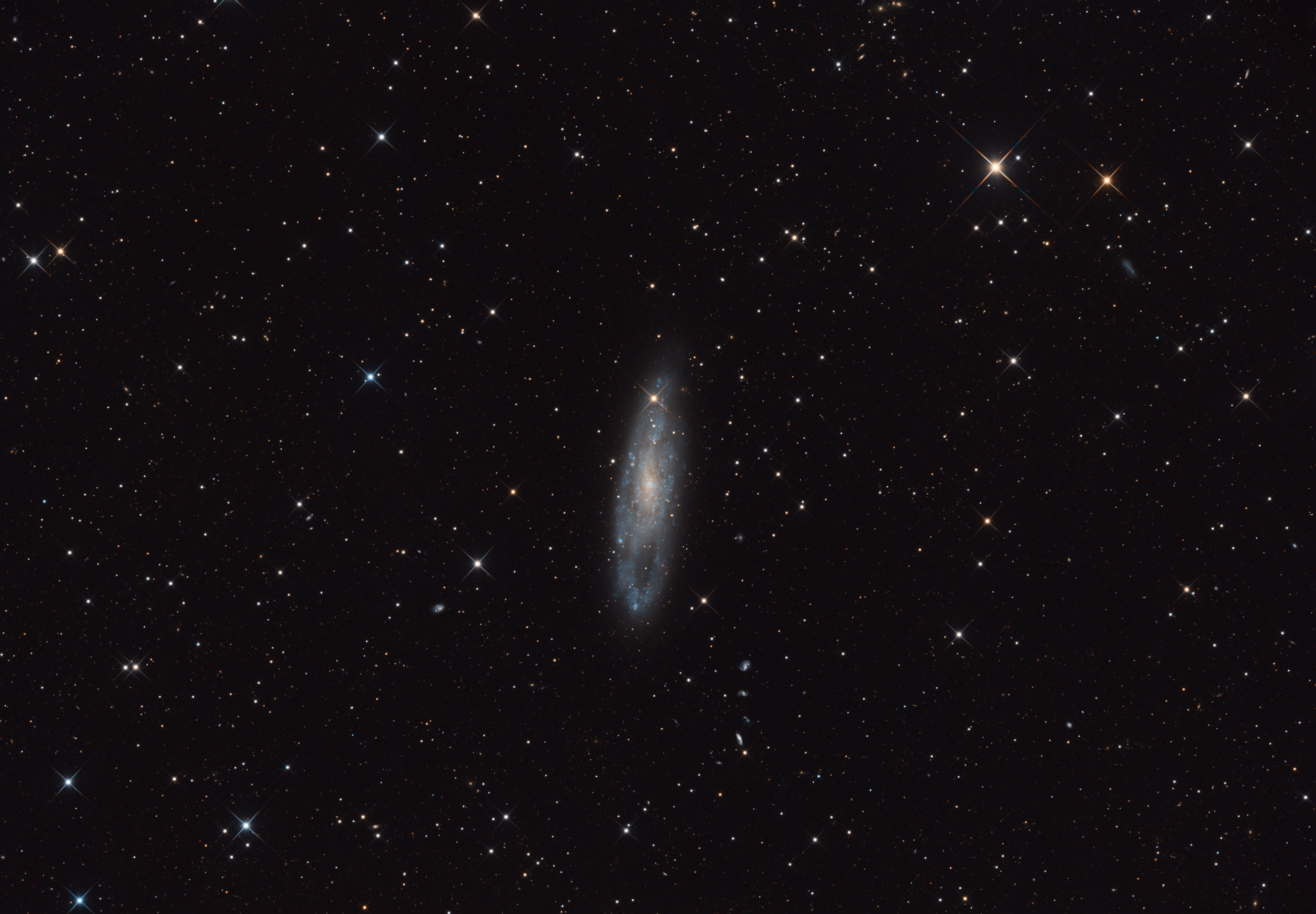 NGC 247 (commonly known as the Claw Galaxy) is an intermediate spiral galaxy about 11 million lightyears away in the constellation Cetus. The galaxy is sometimes classified as a dwarf spiral galaxy with 70.000 lightyears in diameter and is a member of the Sculptor Group. NGC 247 has an unusually large void on one side of its spiral disk. This void contains some older, redder stars, but no younger, bluer stars.