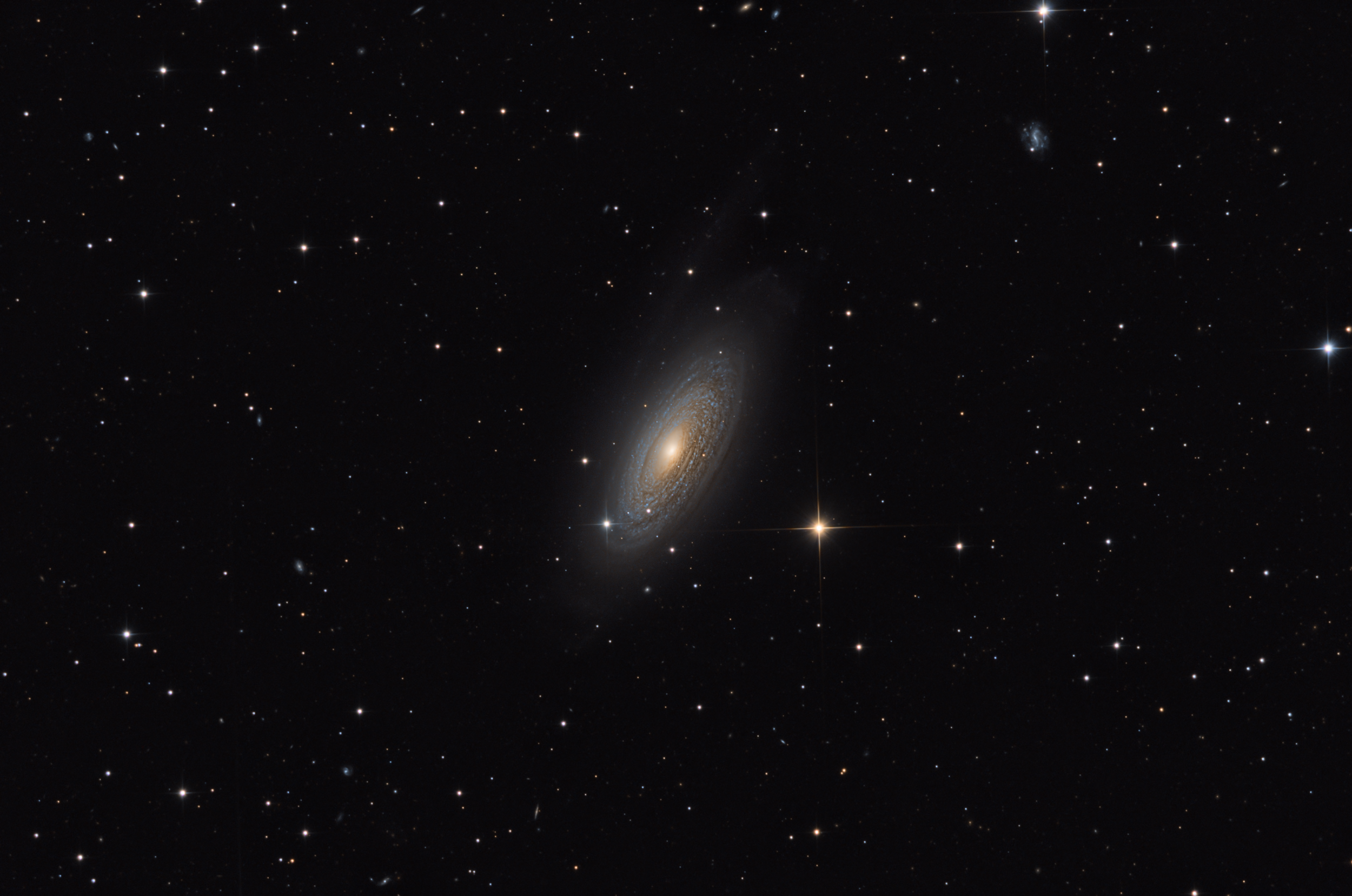 NGC 2841 is an inclined, unbarred spiral galaxy in the constellation Ursa Major. Initially thought to be about 30 million light-years distant, a 2001 Hubble Space Telescope survey of the galaxy's Cepheid variables determined its distance to be 46 million light-years. This galaxy is the prototype for a flocculent spiral galaxy, a type of spiral galaxy whose arms are patchy and discontinuous. The morphological class is SAa, indicating a spiral galaxy with no central bar and very tightly-wound arms.