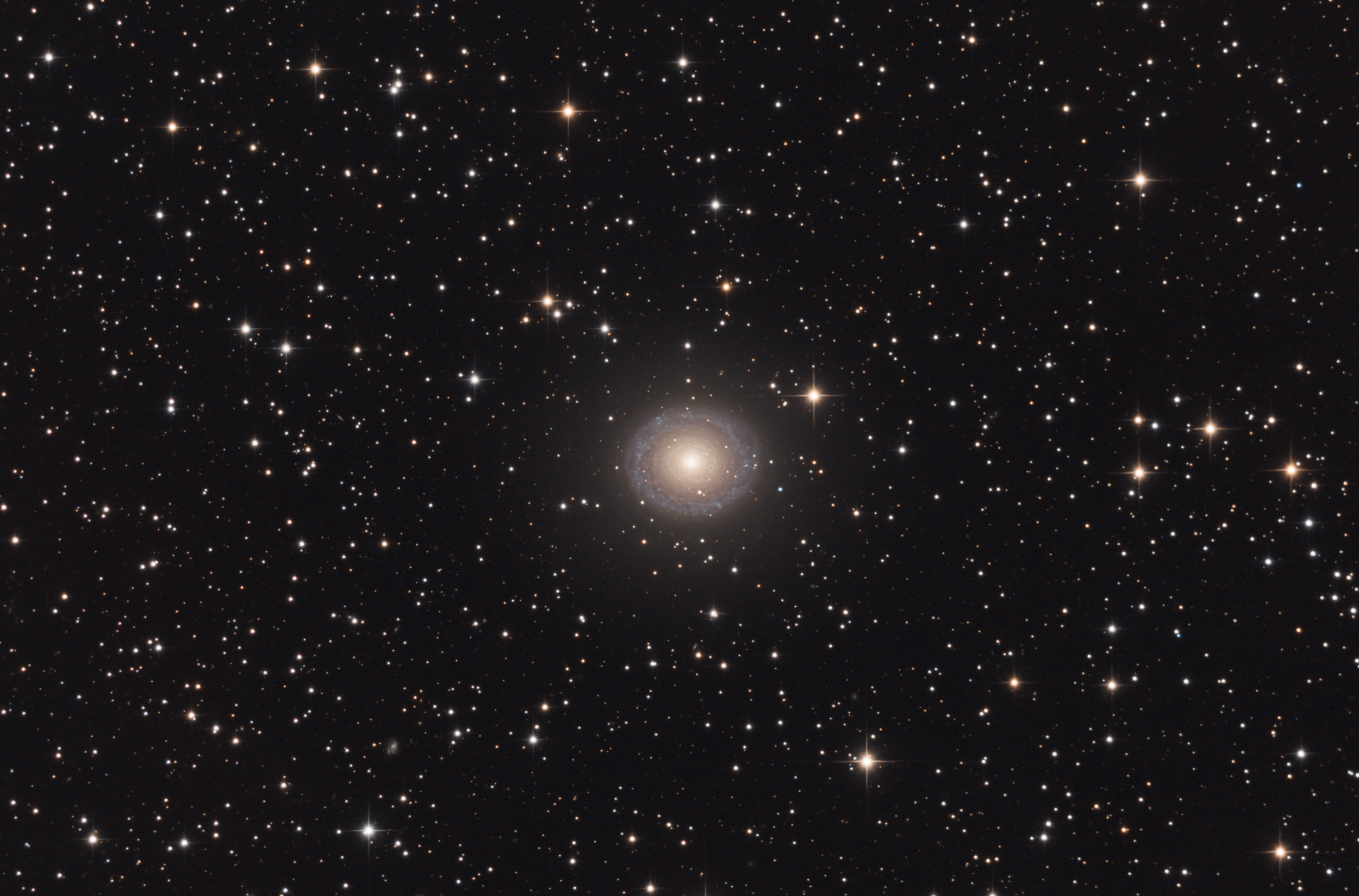 NGC 7217 is an unbarred spiral galaxy in the constellation Pegasus. The galaxy is a gas-poor system, whose main features are the presence of several rings of stars concentric to its nucleus: three main ones - the outermost one being of the most prominent and the one that features most of the gas and star formation of this galaxy plus several others inside. NGC 7217 has also a very large and massive spheroid that extends beyond its disk.