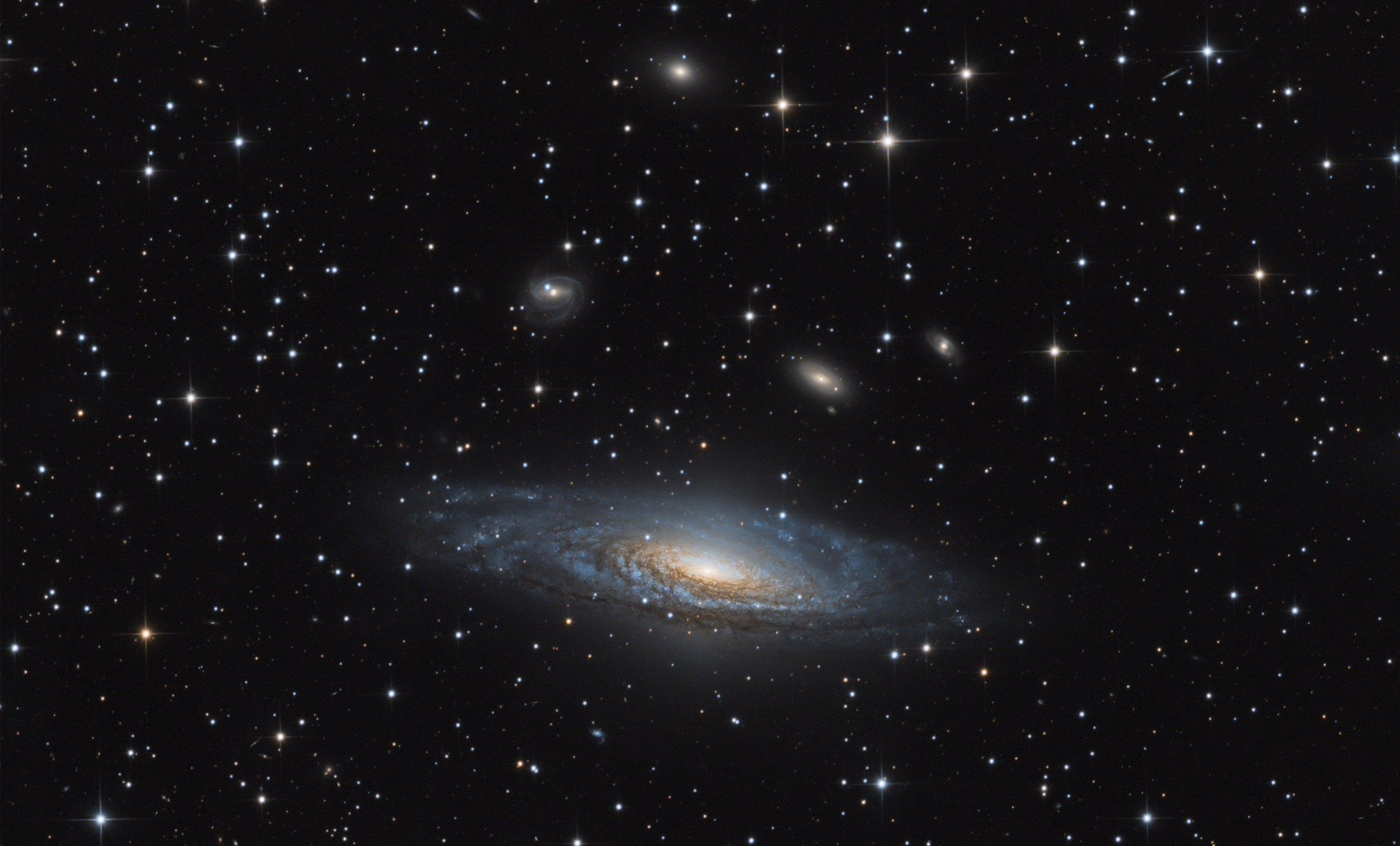 NGC 7331, also known as Caldwell 30, is an unbarred spiral galaxy about 48 million light-years away in the constellation Pegasus. It was discovered by William Herschel in 1784. NGC 7331 is the brightest member of the NGC 7331 Group of galaxies. The other members of the group are the lenticular or unbarred spirals NGC 7335 and 7336, the barred spiral galaxy NGC 7337 and the elliptical galaxy NGC 7340. These galaxies lie at distances of approximately 332, 365, 348 and 294 million light years, respectively. In both visible light and infrared photos of the NGC 7331, the core of the galaxy appears to be slightly off-center, with one side of the disk appearing to extend further away from the core than the opposite side.