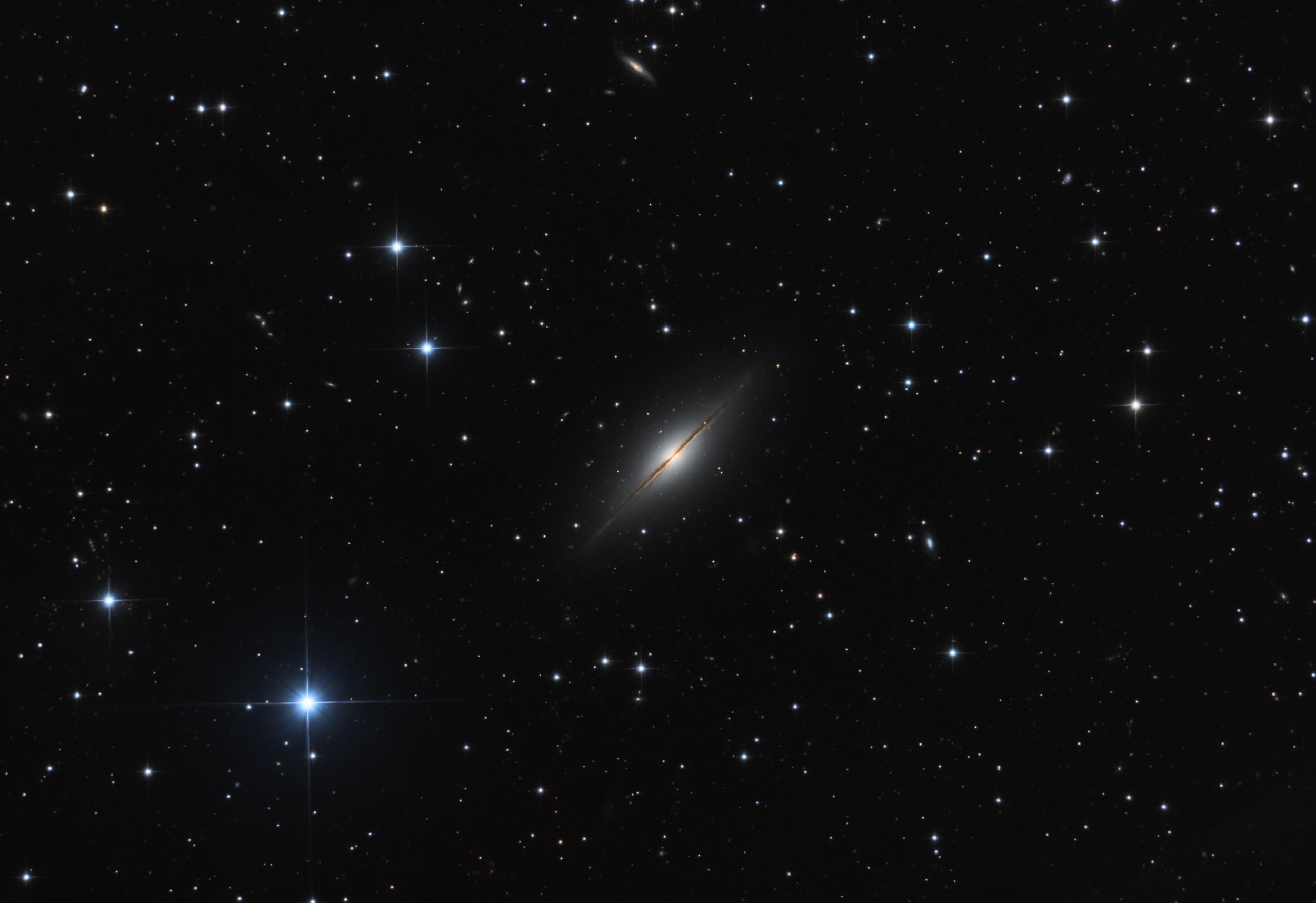 NGC 7814 (also known as UGC 8 or Caldwell 43) is a spiral galaxy in the constellation Pegasus about 50 million light-years away. The galaxy can be seen from Earth edge-on. It is sometimes referred to as "the little sombrero," a miniature version of Messier 104. The star field behind NGC 7814 is known for its density of faint, distant galaxies, as can be seen in the picture.