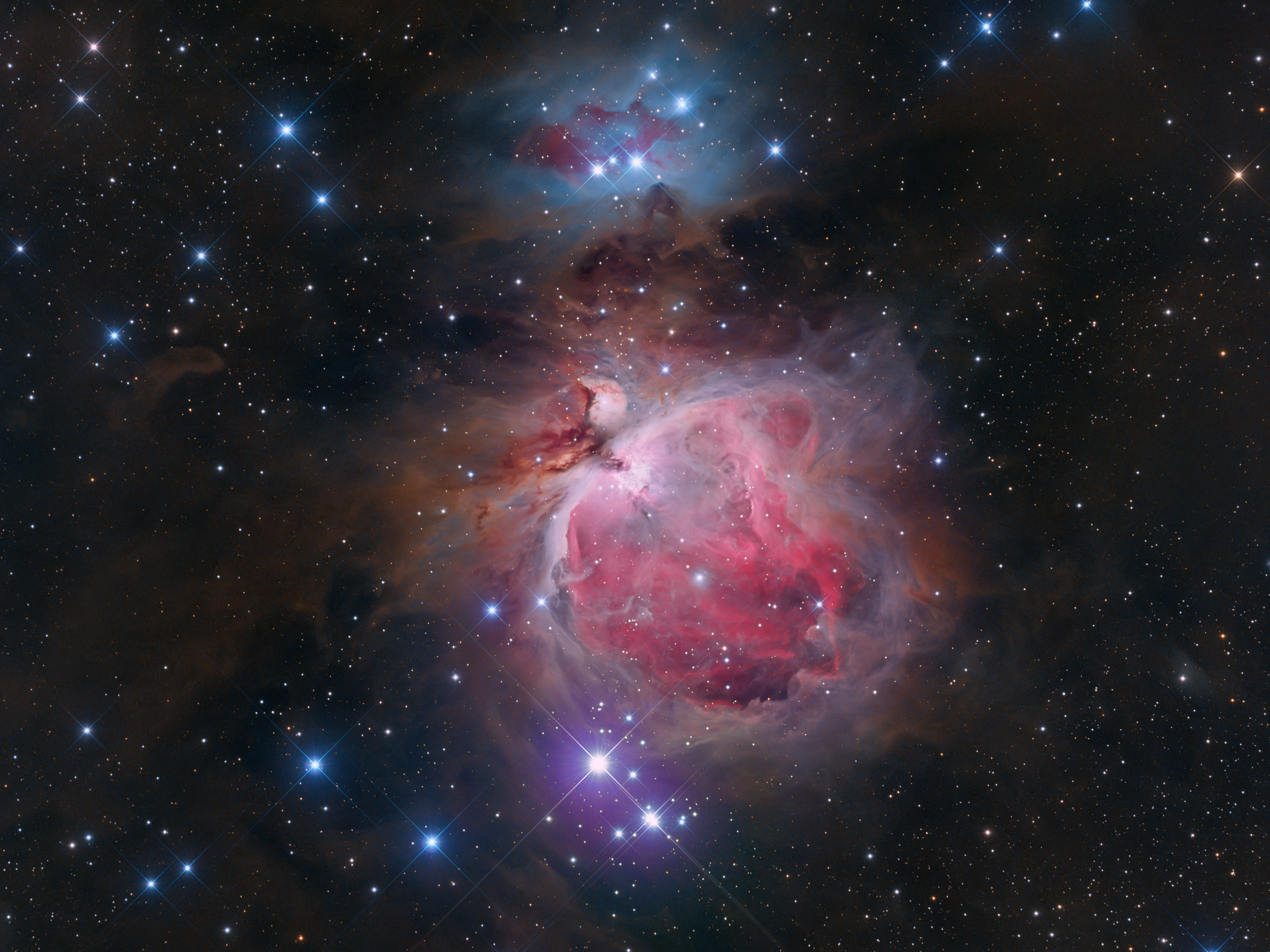 The Orion Nebula (also known as Messier 42 or NGC 1976) is a diffuse nebula situated in the Milky Way, being south of Orion's Belt in the constellation of Orion. It is one of the brightest nebulae, and is visible to the naked eye in the night sky. M 42 is located at a distance of 1,344 ± 20 light years and is the closest region of massive star formation to Earth. The M 42 nebula is estimated to be 24 light years across. It has a mass of about 2000 times the mass of the Sun. The Orion Nebula is one of the most scrutinized and photographed objects in the night sky, and is among the most intensely studied celestial features.