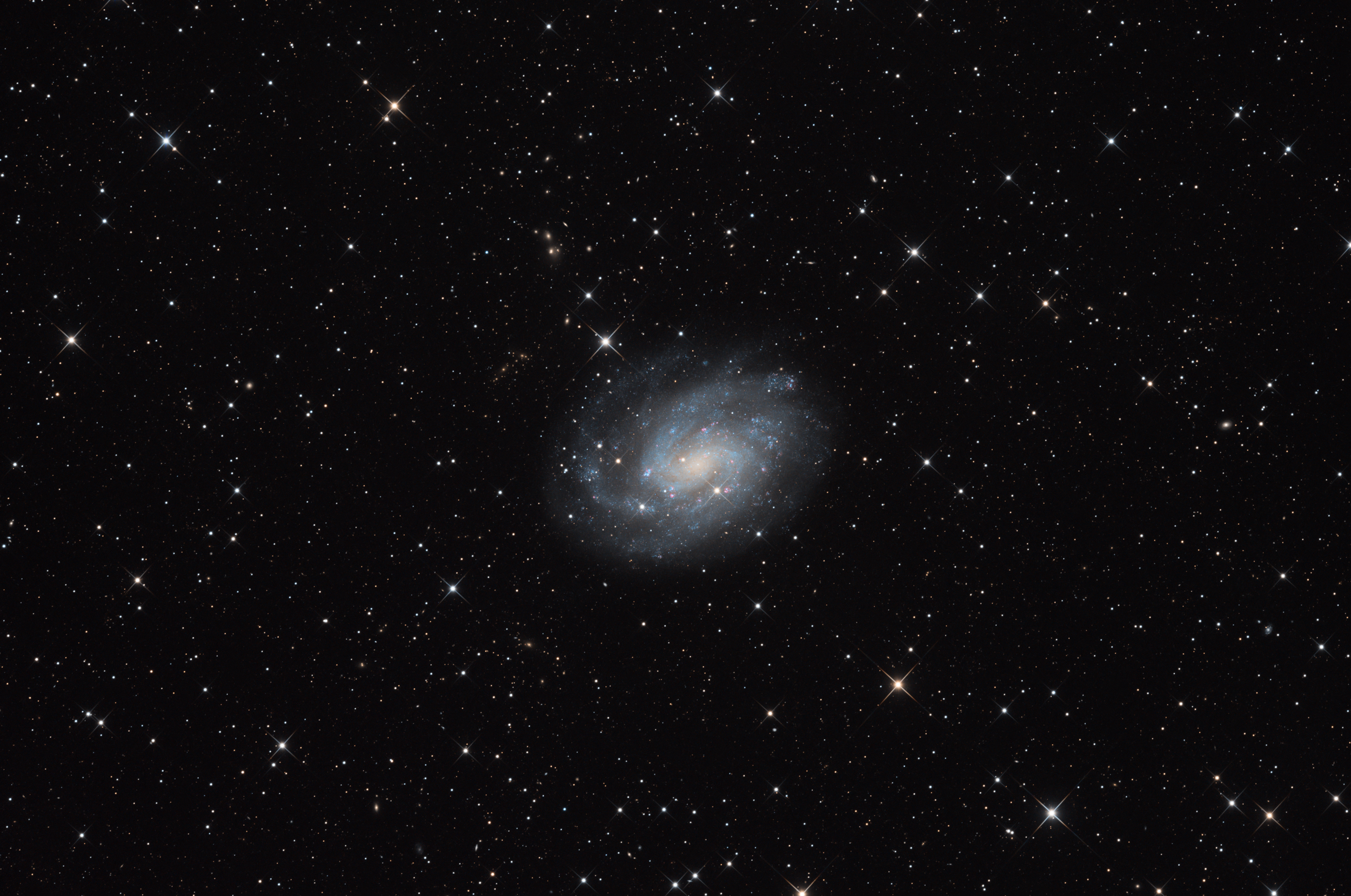 NGC 300 (also known as Caldwell 70) is a spiral galaxy in the constellation Sculptor. It is one of the closest galaxies to the Local Group and probably lies between the latter and the Sculptor Group. It is the brightest of the five main spirals in the direction of the Sculptor Group. It is inclined at an angle of 42 degree when viewed from Earth. And shares many characteristics of the Triangulum Galaxy. Its about 94.000 lightyears in diameter, somewhat smaller than the Milky Way.