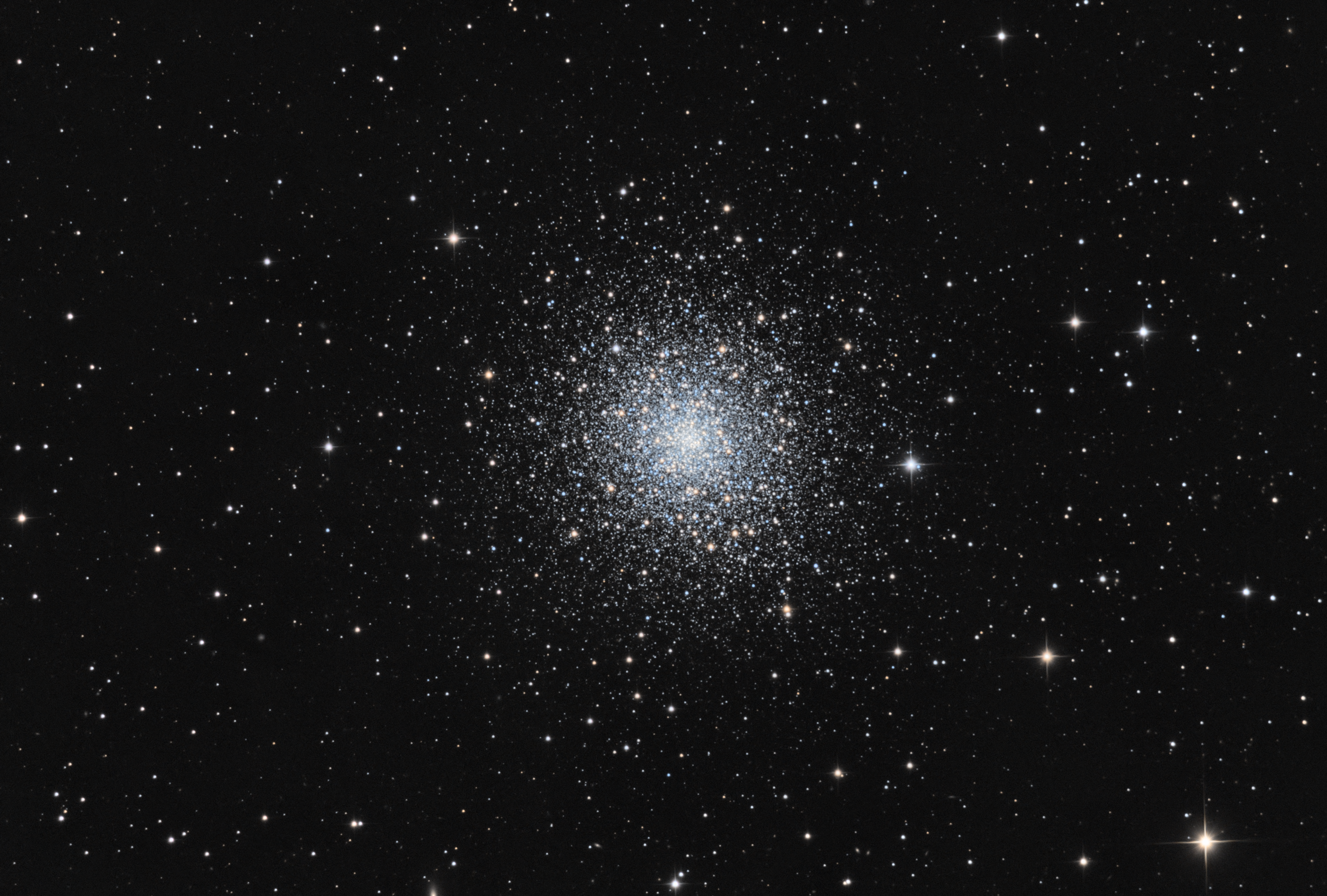 Messier 92 (also known as NGC 6341) is a globular cluster in the northern constellation of Hercules. It was discovered by Johann Elert Bode in 1777, then published in the Jahrbuch during 1779. It was inadvertently rediscovered by Charles Messier in 1781 and added as the 92nd entry in his catalogue. M 92 is about 26,700 light-years away from the Solar System and one of the brighter of its sort in apparent magnitude in the northern hemisphere, but often overlooked by amateur astronomers due to angular proximity to bright cluster Messier 13.