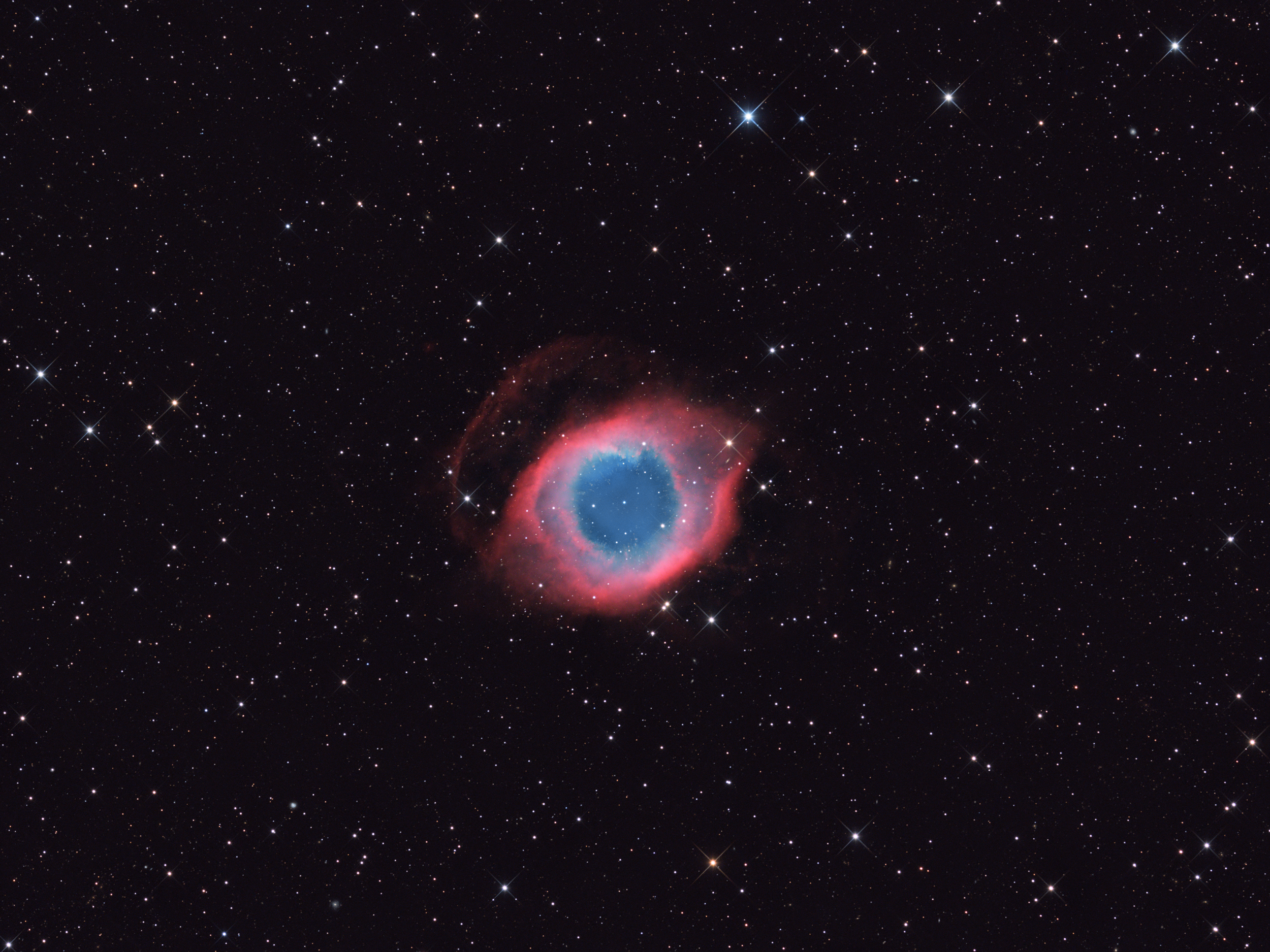 The Helix Nebula, also known as The Helix, NGC 7293, is a large planetary nebula (PN) located in the constellation Aquarius. Discovered by Karl Ludwig Harding, probably before 1824, this object is one of the closest to the Earth of all the bright planetary nebulae. The estimated distance is about 215 parsecs (700 light-years). It is similar in appearance to the Cat's Eye Nebula and the Ring Nebula, whose size, age, and physical characteristics are similar to the Dumbbell Nebula (M 27), varying only in its relative proximity and the appearance from the equatorial viewing angle. The Helix Nebula has sometimes been referred to as the "Eye of God" in pop culture, as well as the "Eye of Sauron".